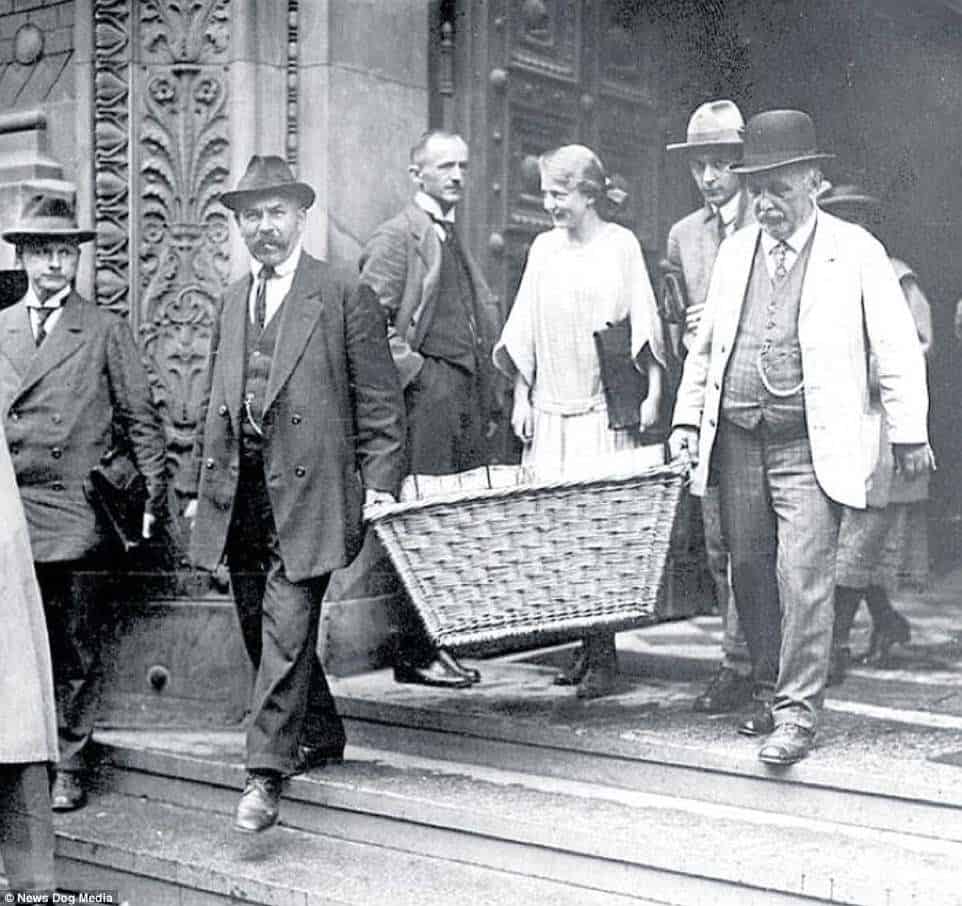 Everyone seems to be talking about inflation, but I’m still having a lot of trouble imagining what non-transitory inflation looks and feels like in real life. As an econ undergrad, sure, I get the technical definitions and feedback loops. As someone who worked in emerging market finance, I’ve certainly watched other countries experience inflation through a terminal screen. As someone who reads plenty of economic history, I have clear hyperinflationary mental images of wheelbarrows of money. As a parent living in an expensive urban area, I’m well acquainted with the cost pressures of education, health care, and housing which create endless stress but don’t really count.

You all know one of my theories of everything is that ZIRP (zero interest rate policy) drives so much of the odd and bubbly behaviors in the financial markets. But I’m surprisingly not a believer that the Fed is going to spur Weimar-style hyperinflation (Note 1). Yes, ZIRP creates very weird and problematic risk behaviors, but I recognize it’s not a guaranteed recipe for buying milk in the morning out of fear the price will be higher in the afternoon.

(American privilege alert) The most difficult part of trying to engage with the “is inflation transitory” debate is I’ve never experienced problematic inflation. I have a hard time conceptualizing the stagflationary or hyperinflationary dynamics which destroy lives. So many of the conversations I have felt like this as well. You talk in circles like “if you’re going to buy that bed now instead of later because you think the price will go up, that’s good for the economy this quarter!” What does it feel like to buy things, today, out of fear of runaway prices, tomorrow? What does inflation feel like when it’s not “the good kind”?

I think I’ve finally found one part of the economy where I’m already seeing a kind of stagflationary dynamic play out—Facebook ads.

Pictured: Men carry their cash in baskets in 1923. The world didn’t quite learn its lesson from Germany’s experience of hyperinflation, however. After the Second World War, the Hungarian pengő suffered from the worst case of hyperinflation ever recorded. In Zimbabwe in 2008, meanwhile, inflation reach 79.6 billion per cent

As a quick primer/reminder – when inflation is driven by more demand chasing a fixed number of goods, it can be the “good” kind. If inflation is driven by businesses raising prices to accommodate for higher worker wages it can also be the good kind. There are a lot of “good” types of inflation (and ones that mysteriously disappeared from the economy over the past decade). But then you get into the dreaded ‘stagflation’ – a portmanteau of stagnation and inflation – where prices rise while economic output contracts.

What’s been happening in Facebook ads over the past six months has been fascinating (note: I’ll use the term “Facebook” throughout to really mean “Facebook-owned platforms which would include Instagram and to a lesser extent, WhatsApp). There are a few concurrent dynamics at play that are creating a perfect stagflationary storm.

These numbers will feel a bit exaggerated as they’re compared to the quarters from the height of the pandemic. But rising Facebook acquisition costs are front and center for every digital marketer. It’s brought up in every virtual panel and it makes sense – Facebook only delivered a total of 6% more ads in Q2 while prices went up 47%. When the majority of people in the world already use your products, there are only so many more ads you can cram into user feeds without completely destroying the experience (the technical term for that challenge is ‘ad load’).

But we also have a situation where digital ad spending is rapidly growing and there’s no end in sight. Even in 2020, with a severe economic contraction, digital ad spend grew 12%. In the last two quarters, brands that had cut budgets are back with a vengeance. Travel, leisure, and every service benefiting from the economy’s re-opening is back spending. The rise in online commerce has also meant brands who traditionally spent big on analog media are shifting more towards digital platforms.

There’s more and more money chasing a relatively stable supply of goods. Prices are increasing but no one is going to leave Facebook.

It’s not just Facebook. There’s plenty of increased spending on other digital channels as well. Snap, Pinterest, and Twitter are all finally seeing some ARPU growth. TikTok is certainly building a solid ad business. But Facebook remains the perfect self-contained representation of how more money chasing finite goods leads to rapidly rising prices of effectively inelastic goods. Is this what kind of bad inflation looks like?
Et tu, Weimar

But now for the troubling part.

You’ve likely read about the huge changes to tracking brought about by iOS 14.5. where iPhone owners “Ask App Not to Track” prompts. I’ve seen numbers ranging from 96% of users are not opting in (which sounds a bit high) to 67% of users are opting out (which feels more right?) Whatever it is, this will have a major impact on Facebook’s ability to target and the overall quality of its ad product. They’ve been openly talking about it in their earnings calls and launching a full-scale attack on Apple.

The impact is already being felt. In addition to the rising prices of ads, another conversation dominating digital marketing chatter is how Facebook conversion rates are declining. Fewer people who click on your ads are buying things on your website, likely because they’re not as perfectly targeted as before. We can save the conversation about whether this is good or bad for society, users, and small businesses, but it’s a real thing (Note 3).

So the price of an ad is increasing while its quality is decreasing. Advertisers are paying more for less. Prices are rising while the overall economic activity declines as fewer clickers of ads end up buying things. 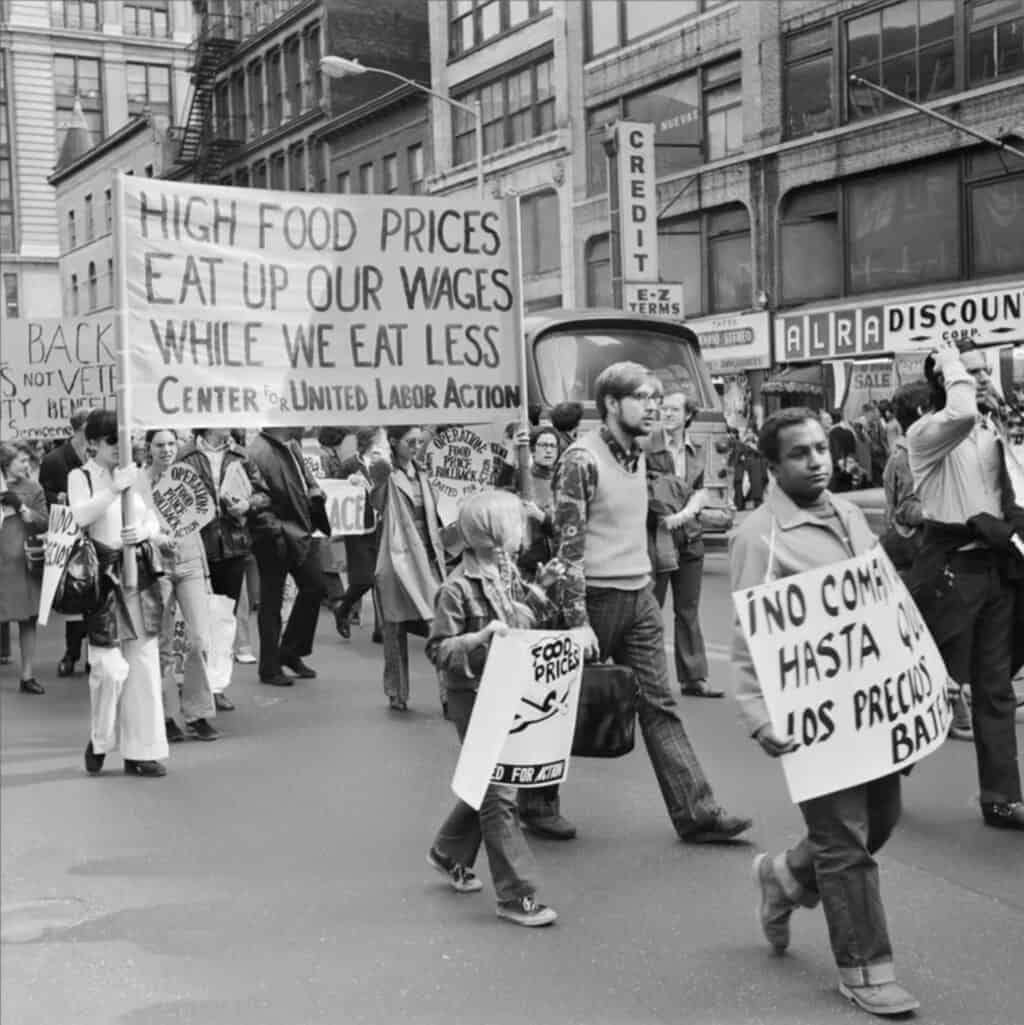 Advertisers will still have to go where the people are and Facebook still dominates the attention of users. It’s like buying milk. You will not approach the product in a ‘rational economic actor’ way where increased prices lead to decreased demand. Sure, every marketer is coming up with channel diversification strategies, but for the coming quarters, this trend will continue. Again, this piece isn’t about assigning blame to Facebook (or the businesses built on and around it). It’s a genuine effort to try to reflect on what a bad inflationary dynamic could look and feel like.

More marketing money is shifting to digital. The total amount of marketing spend is increasing as the economy re-opens. These are the demand-side and monetary inflation pressures. Facebook can only minimally increase the number of ads it serves. The iOS 14.5 measures will decrease targeting efficiency. These are the supply-side constraints and shocks. With Facebook ads, I’m finally seeing an example of what higher prices combined with lower economic output can look like.

I guess this is what bad inflation looks like?

Note 1 – Given the past decade of low interest rates and low inflation, I fully acknowledge that inflationary dynamics are much more complex than “Fed money printer goes brrrr => hyperinflation => buy BTC”. However, I just can’t give the Fed credibility around predicting how inflation will behave. We spent a decade trying to unsuccessfully increase inflation to 2%. The idea that we’ll perfectly time it the other way, and orchestrate the exactly correct monetary policy to safely land us back to 2% inflation feels egregiously overconfident.

Note 2 – Every time I see a $FB earnings report and am reminded just how obscenely profitable the business is, I can’t take anything they say about disinformation seriously. If they ever wanted to devote real resources towards solving the externalities their platform creates, they could. They don’t.

Note 3 – I still feel the debate around do users ‘really’ want personalized ads has been misguided.The issue is not “do users want personalized services or not”. It’s simply can you PLEASE be transparent about how you collect my data and manage my data in a safe, responsible way. Do that first, build up trust, and yes, then I imagine there would be a lot more people being okay handing over their data and we could all build beautiful, personalized ad ecosystems.

Courtesy: Margins by Ranjan Roy and Can Duruk @ readmargins.com

Book a one hour Consultation